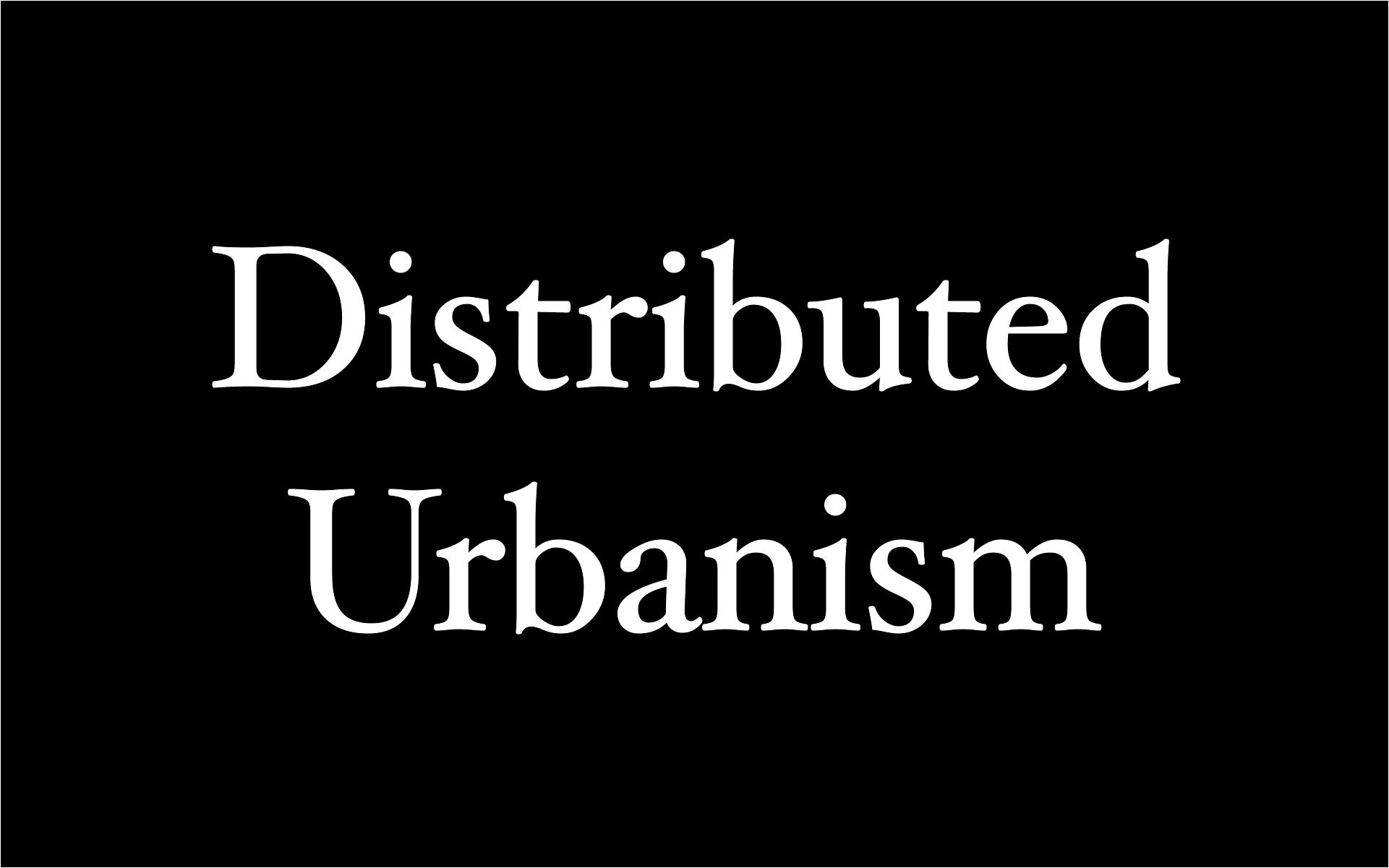 By some estimate Amazon has an inventory of about 12 million available items and counting. It is fair to say that this number easily trumps any big box retailer or logically any average street retail. This distributed shop is unmatched by choice and increasingly by availability but our increasing reliance on remote shopping begs some question for the future of the traditional European city; When all our retail needs are fulfilled through an Amazon warehouse and our meetings are zoomed, what is left of the street?

Our daily needs are increasingly resolved through what we would characterize as distributed urbanism. This distribution is both physical and virtual challenging the traditional forms exchange and service.

Several of our prospective proposals investigate the opportunities and impacts of such distributed urbanism where the city reconciles the remote, or “distributed”, nature of our basic needs.

Our VITRINES proposal, questions how post pandemic many commercial premises and shops are empty, deserted; some have left, others have never opened, many may remain closed. Seeing our streets close down has a knock-on effect on psychological and economic effects. In order to avoid these negative and anxiety-provoking feelings, we propose a cyclical and creative intervention based on a partnership between public and private actors wishing to make themselves known and commercial premises in need of income.
Our initiative thus aims to fill the streets with interventions which temporarily occupy them with “thick shop windows” that would find a place in the many premises currently abandoned. As a showcase for initiatives on the scale of Greater Paris, this “news on the street” mechanism has the ambition to make people discover institutions, places, associations or individuals at different scales throughout the territory.

Likewise, our proposal for a distributed emergency waiting room, The MKiosk, proposes to bring a new scale to our health system. This diagnostic kiosk adopts the logic of the quarter-hour city by being local and complimentary to hospitals and the existing network of GPs and allied health in cities.

Providing easier access means taking a preventive approach. The MKiosk must reduce the effort involved in entering the health care system by making it local and accessible and help pass through the sometimes-intimidating doors of hospitals. In this way, prevention is also aimed at those who “don’t want to clog up” the hospitals and are unaware of the warning signs of serious health problems. Lowering the threshold for access to medicine through the Health Kiosks means distributing the hospital infrastructure throughout the city.

Please wait while you are redirected to the right page...