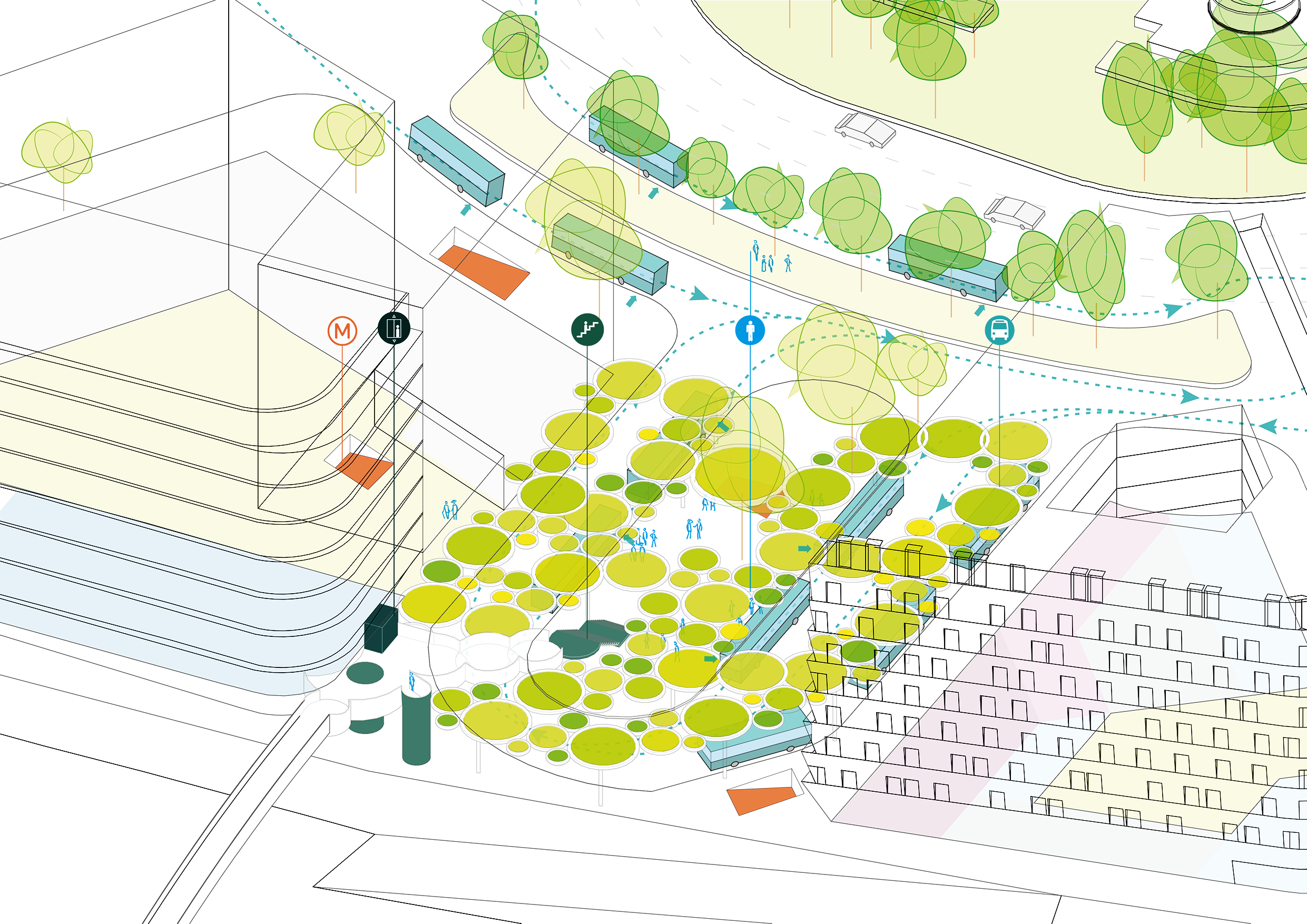 How to make a garden fly? At the heart of our Paris Gateway project, our suspended garden aimed to resolve conflicting constraints. The very valuable « ground plane » needed to be used for transport whilst other underground infrastructures occupying the whole site made it impossible to plant. Simultaneously, the elevated ground of the proposed buildings were to benefit from their own garden.

Paris Gateway is a large, housing, Offices and Hotel Complex, with a major Bus station and transport interchange with public plaza in between 3 different nodal buildings, all built on stilts above the paris Metro station. Acting as a canopy for the bus exchange hub, the suspended garden is an aggregation of legged planters. As seen now the accumulation of isolated structures comme together to create a continuous whole when seen from above.

Side and depth of each element, legged vases, were correlated to specific size and density of plant species. 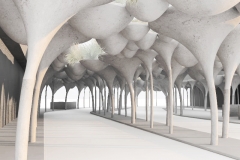 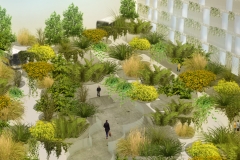 Similar interest have fed our Smithfield Market project where by questioning the farm to table cycle, our ambition is to use the project as an exemplary eco-system in acknowledging its diverse uses; as a food and rag market, its trading history and its potential as a learning market for the future.

Please wait while you are redirected to the right page...